At NHA, we are dedicated to providing safe, decent, affordable housing opportunities to the residents of the city of Niceville, Florida.

Niceville Housing Authority is a public entity that was formed December 8, 1959 pursuant to the Housing Authorities Law of Florida (Florida Statute 421) in order to provide federally subsidized housing to low income families within the city of Niceville. NHA has 111 apartments consisting of duplex homes and single family homes scattered throughout the City.  NHA is headed by an Executive Director and is governed by a five member Board of Commissioners and is subject to the requirements of Title 24 of the Code of Federal Regulations and all policies of NHA. Though brought into existence by a Resolution of the City of Niceville, Niceville Housing Authority is a separate entity from the City operating under By-Laws designed and incorporated by the governing commissioners.

Rent is calculated based on approximately 30% of the resident’s income as established by Title 24 of the Code of Federal Regulations. Subsidy is calculated by a complex formula and is considered as a grant from the Federal Budget.

Prior year budget amendments if any are compiled and adopted in November and December.

The Niceville Housing Authority complies with the ethics laws of the State of Florida that can be found here. 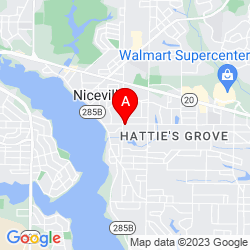